It's been eight years since 2011 X Factor winners Little Mix first got together.

The four piece, made up of Jesy Nelson, Perrie Edwards, Jade Thirlwall and Leigh-Anne Pinnock, were put together on the show in Series 8.

They became the first (and still the only girl) group to win the show, mentored by then judge Tulisa.

Their winner's song - a cover of Cannonball - gave the girls their first Number 1.

But their first original hit was Wings which went to the top spot in 2012. 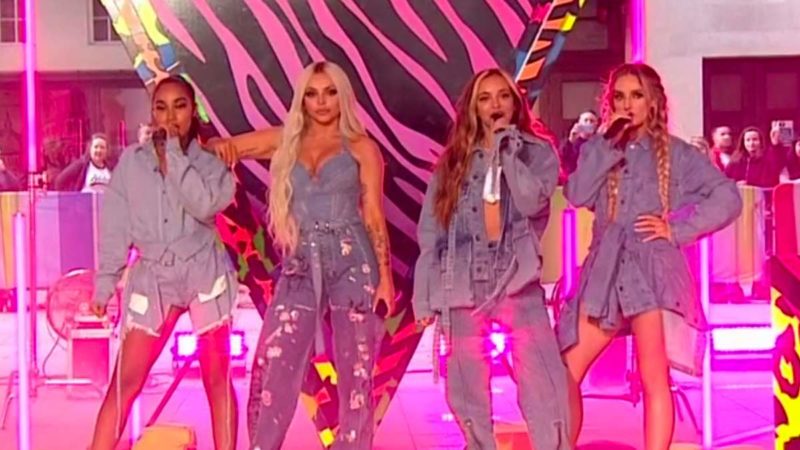 The Official Charts Company reports that the song sold over 100,000 copies in its first week and its sales to date total more than half a million.

The girls join only Alexandra Burke and Leona Lewis in having their first 'proper' single going to Number 1.

And it was far from a fluke with Little Mix going on to enjoy a further two Number 1 tracks, including 2016 smash Shout Out To My Ex.

Overall the group have so far scored a total of 14 top ten singles from their five albums, which have all made the top 5.

One wrote: "I don’t even know how to put it into words how PROUD i am of these 4 incredibly talented ladies. They’ve freaking done it all! to one day being total strangers and the next becoming the BIGGEST Girl Group on the planet and one of the BIGGEST of all TIME. #8YearsOfLittleMix"

The girls themselves tweeted: "8 years of fun, frolics and fabulous memories! Here is to the next 80! We can’t thank all you guys enough for giving Little Mix life!

"We are now gonna quaff this champagne and demolish this cake! See you on tour and in the charts very soon! #8YearsOfLittleMix"

The celebrations come as Little Mix prepare to head out on a brand new tour.

Leigh-Anne tweeted: "So I’m not just Tryna gass you all.. but seriously guys this is going to be the best tour EVER.. like EVER EVER.. x Leigh"

The tour follows the release of the group's fifth album LM5 last November.

The album charted at Number 3 and has since been certified as Gold-selling.