Sand artist Kseniya Simonova has won the first Golden Buzzer of Britain’s Got Talent: The Champions from Amanda Holden.

Each week, one of the judges or hosts Ant and Dec send their favourite act straight to the final by pressing the Golden Buzzer.

This week it was Amanda’s turn, and it was Kseniya who earned her backing.

The 34-year-old won the very first series of Ukraine’s Got Talent in 2009, after her talent of sand animation captured viewers’ imaginations.

Her performances have gone viral around the world, racking up 40million views on YouTube.

She came across the unusual medium after realising that “a piece of paper is not enough for me”.

Ten years after her victory, she now works as a volunteer for children with cancer.

“I create sand stories to encourage them to fight,” she explained. “The story tonight is devoted to those who are here, and those who are in the sky.

“If I make one child feel they’re strong enough to fight their illness, I’m the winner.”

Kseniya’s BGT debut saw her tell the story of a young cancer patient, ending with her etching the message ‘never give up’ into the sand.

The display won a standing ovation from the 6,000-strong audience - while a visibly tearful Amanda had no hesitation in hitting the Golden Buzzer.

The Heart radio presenter waded through glittering confetti to give Kseniya a hug, gushing: “It was so beautiful, so moving.”

Back in her seat, she continued: “I’m a complete mess. The whole message was very uplifting and very emotional.

“Your quiet skill requires no language, no nothing. Nothing needed explaining, you did it all with just sand.”

Simon Cowell said he would also have used the Golden Buzzer in Amanda's position.

“Your creativity, imagination is off the chart. Your storytelling, your use of music is so brilliant," he reviewed. 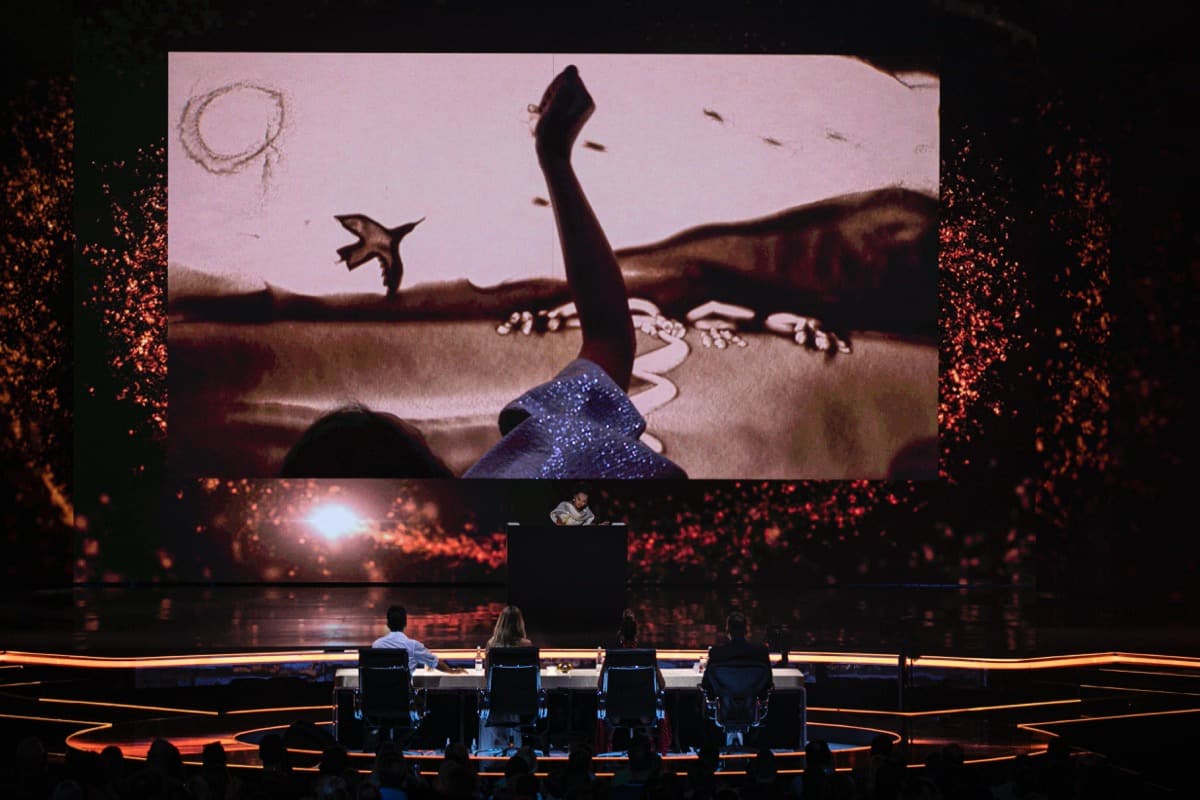 "You showed you’re one of the best in the world. I’m really thrilled for you.”

Meanwhile, David Walliams added: “I loved the urgency with which you told the story, and the transitions were absolutely perfect.

"This goes past boundaries of countries, age, anything. Anyone could enjoy this.”

Kseniya previously received a Golden Buzzer on America’s Got Talent: The Champions earlier this year, from its host Terry Crews.

Two acts go through to the final from each heat, the other decided by a ‘superfan panel’ in the arena.

Ant and Dec will reveal the result of the first audience vote later in tonight’s episode on ITV.