RuPaul's Drag Race UK has revealed its main stage and first challenge in a preview clip of its debut episode, starring Andrew Garfield.

It's been a huge week for Drag Race news, with the first ever UK series of the wildly popular talent contest starting on BBC Three very soon.

We've also had a peek at the werk room, where sickening looks are crafted and make-up is carefully applied.

As if that wasn't enough, the main stage has now been unveiled - and it's a faithful recreation of the original.

Regular viewers will instantly recognise the runway, where queens show off their charisma, uniqueness, nerve and talent.

The only minor differences are the shape of the wall, the surrounding umbrella lights and the judges' backdrop, which features a design based on the Union Jack flag.

Bosses revealed the studio today in a teaser video of the first episode (embedded above), which features Andrew Garfield as its guest judge.

It begins with Mama Ru in a bright green dress and quiff-style wig doing her trademark sashay down the catwalk. 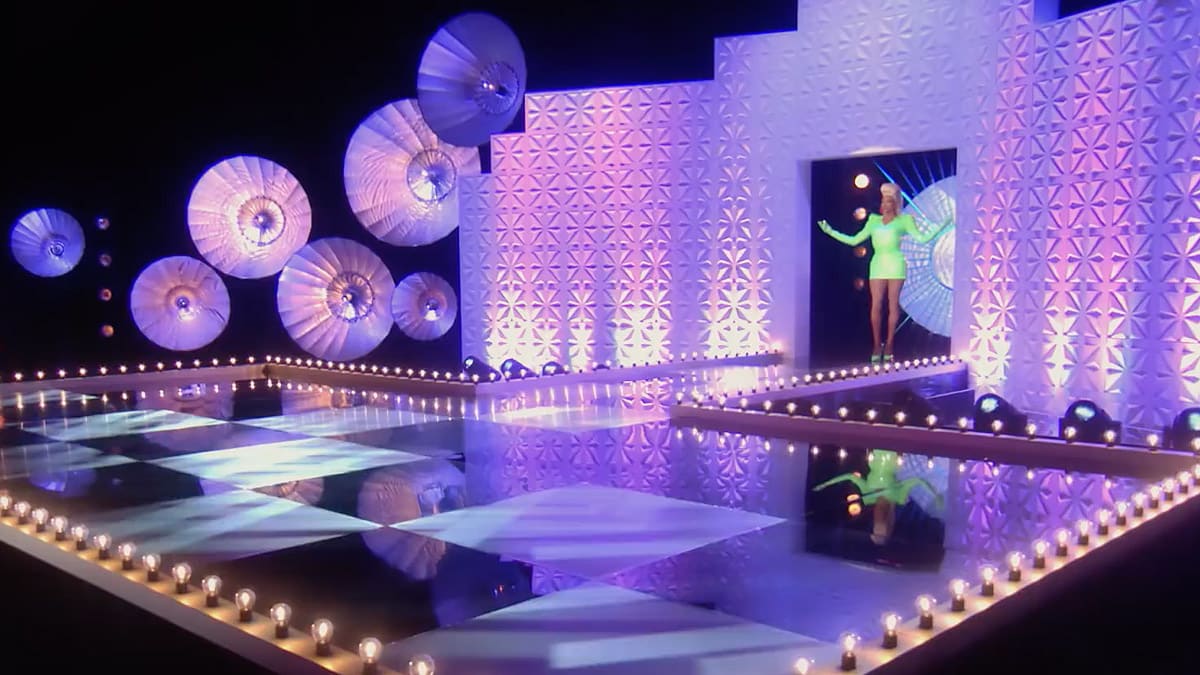 The drag legend introduces her right-hand woman Michelle Visage and comedian Alan Carr, who is one of the rotating judges alongside Graham Norton.

"I am so happy," he exclaims. "I feel like a competition winner and the prize is a day in gay heaven. Thank you so much!"

"I'll let you know what gay heaven is in just a few minutes," jokes Ru. "I'm gonna let you know!"

The clip also reveals what the contestants face in their very first main challenge.

In another nod to Drag Race coming to this side of the pond, it draws inspiration from Her Majesty.

"This week, we challenged our queens to rule the runway with two royal looks," Ru explains.

Each episode begins with the queens facing a mini-challenge, with the winner typically gaining an advantage in the main challenge.

The unlucky two who perform worst on stage must lip sync for their lives to remain in the competition.

RuPaul's Drag Race UK is due to premiere on BBC Three via iPlayer in October.