When does Supermarket Sweep start? Here's all you need to know

Rylan Clark-Neal replaces the late Dale Winton as frontman of the classic format, which has been revived for the first time in twelve years.

It sees teams of two contestants play a variety of trivia games to add precious seconds to their clocks.

The more time they bank, the longer they have to dash around the supermarket, grabbing as many goods and bonuses as possible.

The team whose trolley contains the highest value faces the Super Sweep, when they can win a cash prize by following clues to locate items.

Bosses promise the new series remains true to the original, although there are some modern twists - including a self-service checkout.

What time is Supermarket Sweep on tonight?

The brand new series airs every weeknight at 8.00pm on ITV2 from TONIGHT, Monday 9th September.

It will run for four weeks, with twenty hour-long episodes - unlike the original version, which had a half-hour slot.

Who is Rylan's Supermarket Sweep co-host?

Corrie's Jennie McAlpine lends him a helping hand as controller and voice of the tannoy.

The actress, known for playing Fiz Brown in the long-running soap, said: "I am so giddy to be a part of the new Supermarket Sweep team!

"The original show was an absolute favourite in our house. With Rylan at the helm I know this is going to be such fun!" 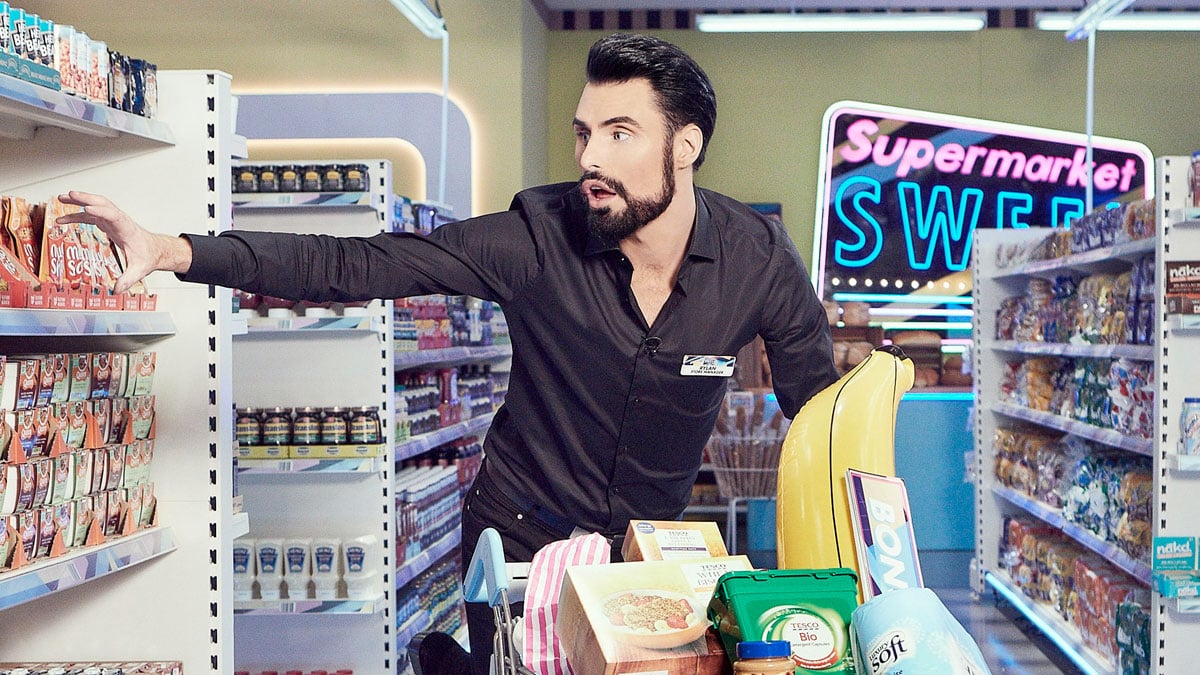 Which celebrities will be visiting the supermarket?

Like most gameshows nowadays, Supemarket Sweep couldn't resist inviting a few celebrities to get involved.

Unsurprisingly, given that the new series is on ITV2, it features a Love Island special. Eight of this year's islanders go wild in the aisles, including three actual couples.

Joining them are Chris Taylor and Harley Brash - who split up around the same time that filming took place.

Any other tidbits worth knowing?

Rylan himself has also been dropping some info on his Twitter page recently.

Fans of the original can rest assured that the brightly-coloured jumpers and inflatables are back.

The shelves are stocked with real produce - and the former Big Brother host confirmed that it is donated to food banks "every few days".

In fact, show sponsor Tesco kitted out the television superstore, located within The Maidstone Studios in Kent.